Legend has it, that as soon as I was born and developed fully functional hearing (which I’m going to assume was as soon as I was born (but don’t quote me on that (I mean you can if you want, but just make sure its not in any scholarly articles or anything (unless its a really well written scholarly article and you think you can get away with it (just don’t tell my parents))))), I have being jiving hard to funky beats.

Whether it is seducing my entire elementary school gyrating my hips to Baby Got Back in Grade 5, or seducing absolutely no-one at the bar gyrating the exact same hips now, the funk is within me. And this week, I decided to release that funk in the form of remixed animal and farm sounds.

So just in case you also feel the funk within you, are on the farm, or really anywhere with things that make sound and have 12 hours of your life to put into making a super sick beat, here’s how to do it.

You can do this using a variety of ways. If you have $230 to spend on a music program, you can go ahead and take that honorable route here.

For everyone else, I hear there is this way to download things for free using…I think its called sorrenting or something like that? Anyway, if I were you, I would click on this, because this is good. Not this, this.

Determine what types of sounds you would like to transform into a super funky beat, and record those bad boys. Ideally you would have some external recorder so you can get high quality sound, but if not I guess your mic on your computer is fine. 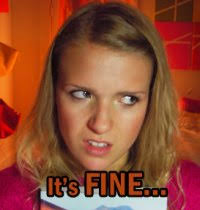 When recording the sounds, try and determine beforehand what role each sound will play in your beat. If you’re going the conventional route, the most important sounds will be a snare sound, a bass drum sound and something to make the melody with. Once you have those, everything else is just complimenting it and making it mo funky and full sounding.

Step 3: Mess Around with the Sounds

This step will be the steepest learning curve and most time consuming part of the whole process. Trying to edit/time the sounds so that they come out sounding the way you want can be an extremely rewarding and frustrating process. Especially (like me) if you’re new to Logic Pro X.

The beauty with Logic, is that compared to a lot of other music software, its relatively easy to pick up. And, because so many people use it there are a ton of tutorials online outlining exactly how to do…pretty much anything. For example, here’s a few links to some great articles I used to learn how to transpose Samples onto my keyboard, autotuning some of the sounds and a just general learning of how to make beats with Logic X.

Step 4: Make a Beat and Dance Your Face Off

What?!?! WHAT DO YOU MEAN A “STEP IS MAKE A BEAT”?! Yep, the reason for this is A) that I don’t feel qualified to tell you how to make a beat and B) seeing as it is an artistic process, there is really no one way to do it. Everyone has there own way of creating, so I would feel pretty darn odd trying to give you a step by step process to artistic expression.

That said, like the link above, there are a ton of tutorials on the interwebs that give you pretty good direction on how to do it. Here are a few I found to be the most helpful.

As far as dancing goes, you know what you’re doing you beautiful dancing maniac.

What Did I Learn?

Technology can be a wonderful wonderful thing. Really, if you’re good at producing you could probably record the sound of Katy Perry coughing into the mic, and turn it into a chart topping single. I mean, as someone who has spent less than 15 hours with the program I was able to take the sound of a satisfied cat, and turned it into a weird sort of clapping percussion sound.

As well, this skill has greatly increased my appreciation for people involved in the production aspect of the electric music scene. For the majority of my life I have had the opinion that peeps involved in that scene are not “real musicians” and suck hip-hop and indie rocks D. And though that can be the case for the iPod Hero DJ’s, or the folks that just pop a pre-made beat over top a song, speed it up a bit and call it a “remix”, there are a ton of incredibly talented people out there, who spend waaaaaaay to much time on a computer making sick beats for us to drunkingly gyrate our hips to.

Anyways, for risk of sounding like my dad when talking about a music genre that he is mostly clueless of, I will end here.